A downloadable Rush Troopers for Windows, macOS, and Linux

A complete game without any ads and paywalls; All characters and weapons can be unlocked by playing the game and earning in-game money...

Rush Troopers really makes a lot of fun. Playing under Linux with 4k resolution, gamepad and local coop it's stunning how long this game can be fascinating.

Are further improvements planned for the future - and if so would it be possible to enlarge the field of view to see enemies before they can reach with weapons? This may be a very nice option when high resolution is available - and it will increase in near future ... 8k is in prep.

Thank's a lot for your excellent work!

Great to hear you like the game! And also good to hear it works nicely in 4K, as I don't have a 4K monitor yet. The current size of the field of view in this game had been chosen for maintaining good enough visibility for the android port (on Google Play) and also for the fact that I don't like games with characters that are too small for my own taste. ;-) But good to hear your input and perhaps I will change it in a later version for the non-android versions, or maybe as an option.

Right now I think I am quite done with the game however, and I've already started working on other things that may or not see  the light of the day.  But if someone finds and reports any bugs I will still fix them. I was just about to release a "remastered" version of "Sector Squad" that you also may look into. It's actually my very first game made with Unity "ages" ago so just don't expect the same quality. ;-)

After Testing Sector Squad we had a lot of fun playing Rush Troopers in Endless Mode for several hours ... and just have two questions:

Is it on purpose that sometimes one is revived and can not shoot until one revives the team mate?
In case this is a bug it would be nice if it can be fixed.

Concerning the question about a wider field of view - if this is too much work would it be possible to use a green (for tank) and orange (for helicopter) lamp left and right of the street at the top and at the bottom to indicate a tank/helicopter approaching to arrive here in the next ~10 s by blinking lights?

I am not sure what you mean. When you are reviving your teammate you cannot shoot, that is intentional.

Thanks for the change - we will look at it and give it a thorough testing - will take 2 weeks as I expect a new computer and have to do a lot when it arrives ...

Concerning the reviving problems we came across two problems (well, we play more than 5 hours when we meet - so maybe we are really sensitive even for rare problems ;).

The 1st problem I mentioned above is: After being revived, a player is sometimes unable to shoot or use either weapon PERMANENTLY. Other than restarting, this can only be fixed by having the other player die and be revived by the "weaponless" player. This happens only rarely in Endless Mode but when it does it's a real challenge to continue the run.

A second problem - which is extremely rare: When a player tries to revive the team mate JUST in the very moment he disappears (I am slow at times :), the game does not register his death correctly. The "not quite revived" player disappears (as if he had died) but when the other player dies too, the game still assumes he's there and displays messages like "Hurry Up!".

Again, this does not happen often and is not a big problem since you can exit manually.

But it does show our engagement with this fantastic game - and now playing with gamepads the play time increased a lot!  :))

Many thanks for your terrific support !!!
Reply
ededo78 days ago

Thanks again for reporting. Going to look into it.

1.2.5 is now up. I couldn't reproduce the things you mentioned but I've made some changes that would likely fix these, but I am not 100% sure.

I've also fixed/improved some other - mostly minor - things. (The crocs are now staying in the water again, I wonder how I managed to break that...)

Thanks for your comment, I really appreciate it! The controls can take a little time to get used to, it is like Shock Troopers and similar games, but you can also aim and fire with the right thumbstick, like a twin shooter.

I now added mouse support, and WASD is now the default control scheme. 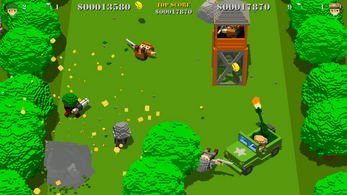 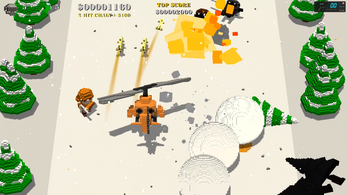 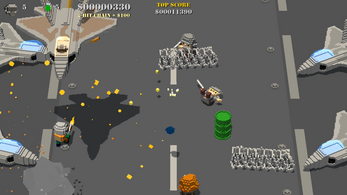 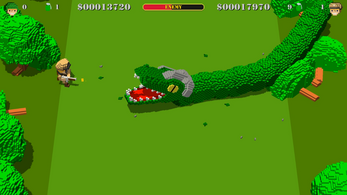